Not One For Knocking On #2 Exhibition

Oliver East's second 'Not One for Knocking On' exhibition was very good. Me and my brother went to the opening last night. It had work by Frank Santoro, John Porcellino, Derik Badman and Malcy Duff. Here's some pictures I took of the works. There are loads more pictures up at Oliver East's photo stream thing here. 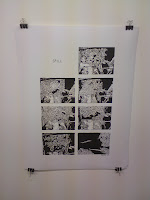 This is 'Spill' by Derik Badman which was great. 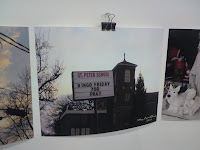 John Porcellino had sent some photos of his new home. 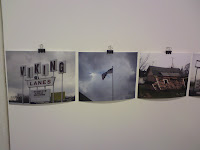 Some more of the photos. I really liked these. 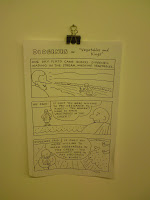 A xerox of one of John Porcellino's pages. 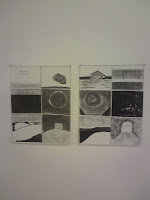 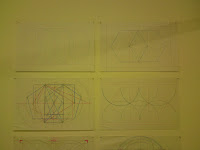 Some of Frank Santoro's pages where he draws all his shapes and lines to show where you look on a page. I wish I understood these properly. They are all of two-page spreads. 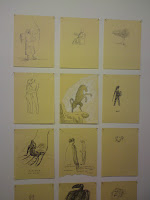 Frank Santoro's drawings of kind of greek myths and mythological creatures.
Posted by rob jackson at 09:11