More of the Gnomes 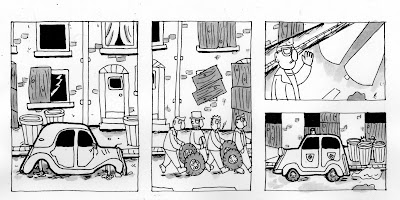 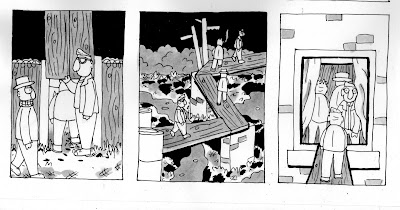 Here's a couple more rows of panels from the gnomes story I'm drawing this Winter. I'll do some more today.
Posted by rob jackson at 00:22 No comments:

Here's a photo comic I made on the way to work on Sunday. It was a very cold day. 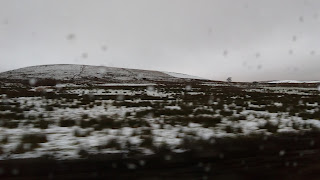 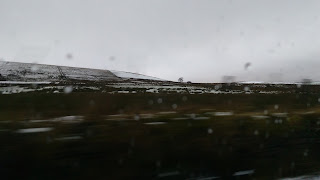 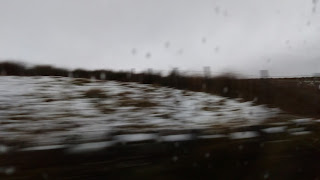 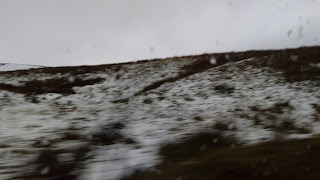 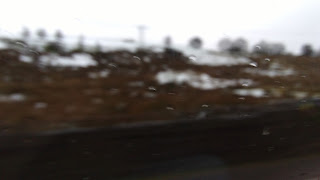 Start of a New Story 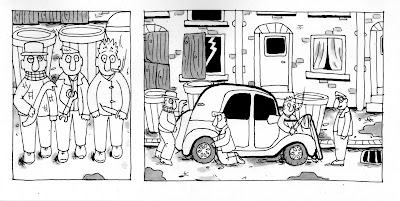 I've started drawing a new story now. Here's a row of panels from the first page. These gnomes are stealing hubcaps.
Posted by rob jackson at 00:43 No comments:

Planning for 'The Volunteers' from my Sketchbook 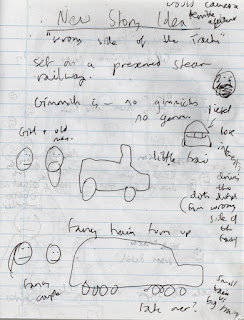 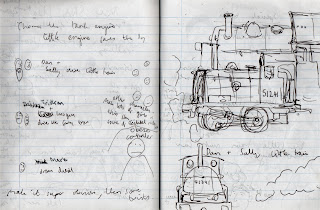 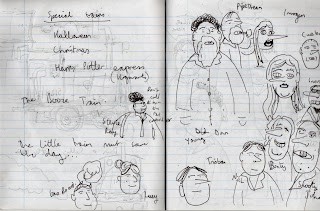 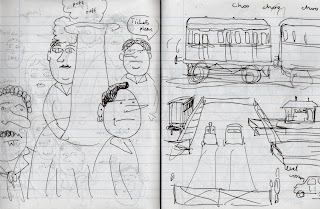 Here's all the planning and sketchbook ideas I did before I started drawing 'The Volunteers'. My sketchbooks are very messy and scribbly these days, they are mostly full of writing.
Posted by rob jackson at 02:44 No comments:

Labels: things from my sketchbook, volunteers

Fraser Geesin - The Cleaner (Man of Destiny) Issues One and Two 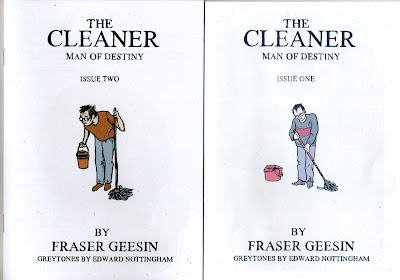 I really enjoyed these two comics from Fraser Geesin. I hadn't heard of him before but I saw some recommendations for them on twitter, and then that he was having an October sale.

The comics are mainly about his job as a cleaner, which he has been doing for about ten years at the time of  the first comic. He mainly cleans peoples houses and doesn't have to go back if they annoy him too much. It sounds quite a good job. He goes off on a lot of tangents and daydreams, talking about other low paid jobs he has had, such as traffic surveying, street sweeping and selling tickets to fairground rides. The comics are very funny and interesting too. Comics about people with different jobs are cool, and he has plenty to say, even if it's only about how boring bits of his jobs can get. Highly recommended.
Posted by rob jackson at 03:14 No comments:

I was doing some painting to music yesterday. It is a nice fun thing to do. I did a night course in it once at Manchester Uni, 'Chinese Painting to Music' which was great. You need music without many words and a load of paper in big long strips (scroll style). Get some nice black ink, water and a bunch of different brushes, pens, sticks etc. 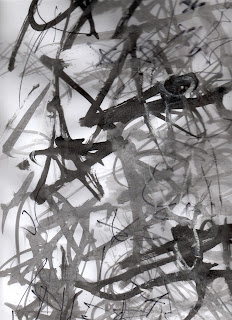 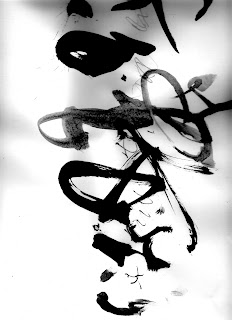 It was a lot of fun. I am not doing these for any reason except that I enjoyed it. Doesn't even matter how they come out. I like Aphex Twin as the music. 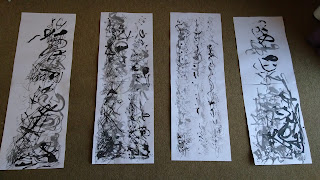 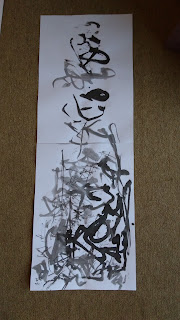 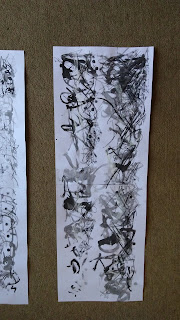 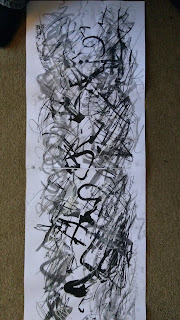 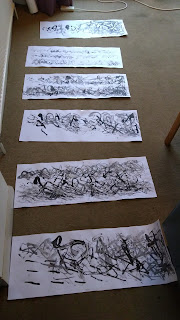 I've just got back from a little holiday in Thessaloniki. It's a very nice place. I was meaning to do some drawing while I was there but in the end all I drew was this Ancient Greek statue from the Archaeological Museum that made me laugh. 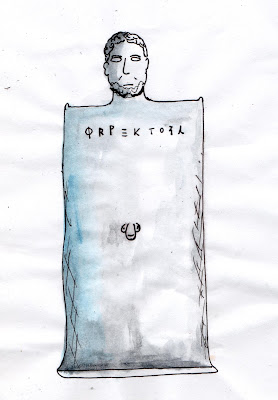 Here's a new review of my 'Volunteers' series from Rob Clough at his High-Low site. Thanks Rob! They are all on sale at my website.
Posted by rob jackson at 03:19 No comments: