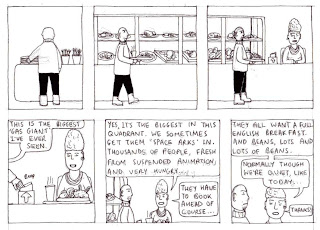 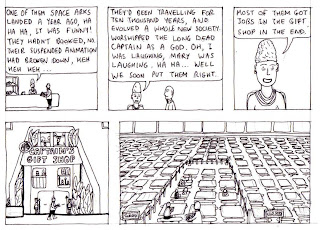 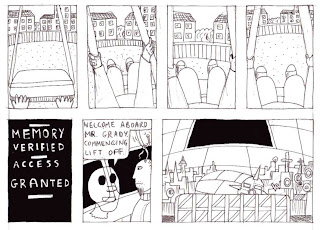 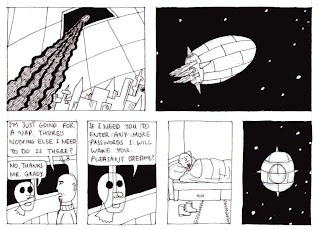 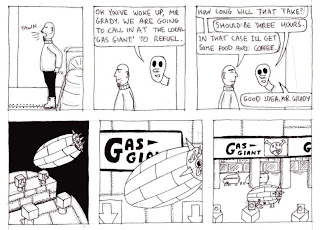 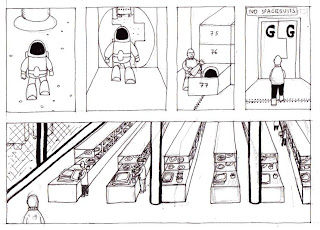 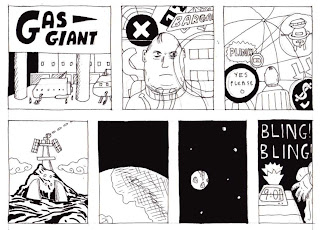 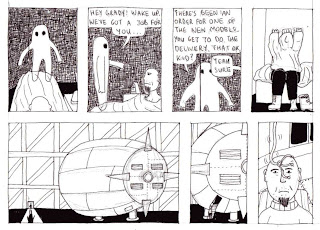 Here's some of a story I was drawing a while back that I've given up on.
Posted by rob jackson at 05:52 No comments: 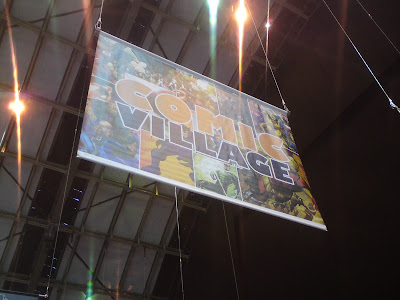 Thanks to all the people who came and talked to me, and the guy who bought a copy of 'Goblin Hall'.
Posted by rob jackson at 04:59 2 comments: 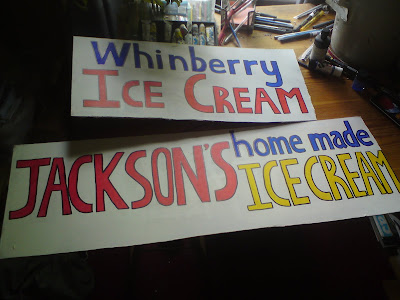 I had to make some new ice cream signs as my last one was knackered by a torrential rain storm at Hoghton Tower this month. I haven't made them quite as fancy as they don't last that long.
Posted by rob jackson at 03:26 2 comments:

I'll be at the MCM Manchester Comics Expo on Saturday. I don't know what it'll be like, I hope comics people come along to it. The table was free anyhow so it can't be that bad and I hardly have to travel at all. There's lots of other exhibitors I've not seen for a while so it'll be good to catch up with them. I'll have all my comics for sale, any sales will help me pay for printing 'Flying Leaf Creature'. If you're not going why not buy any comics you are missing from my online shop.

If you're nearby why not come and say hello, it's only five pounds to get in.
Posted by rob jackson at 04:05 No comments:

A Cover for 'Flying leaf Creature' 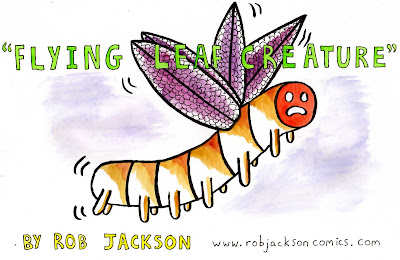 'Flying Leaf Creature' is finished now. This will probably be the cover. Now I have to make some money so I can afford to get it printed soon.
Posted by rob jackson at 02:21 No comments:

Another Bit of 'Flying Leaf Creature'

Only three more pages to go now.
Posted by rob jackson at 04:07 No comments: 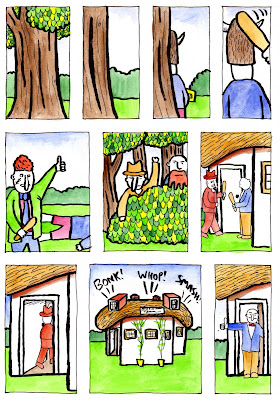 Here's another random page of 'Flying Leaf Creature'. I've done 55 pages now out of 62 so it's very nearly finished. Just got to do the end properly and then do some title pages.
Posted by rob jackson at 04:09 No comments: 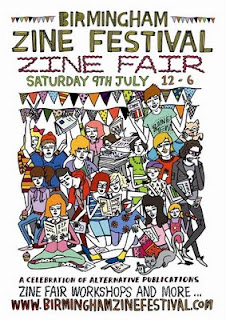 Yay! Birmingham Zine Festival was great. It was right in the middle of Birmingham and free to get in, which is how comics shows should be. There were loads of people there all the time, except for the last hour, and they were all very interested and having a good look at the comics and zines. Lots of people were flicking through my comics which is good, some places they only stare at the covers and don't like to look at the insides. I had to go home afterwards so I couldn't go to the after show stuff which was a shame, but I was already very sleepy due to it being a hot and sunny day and probably would have just fallen asleep anyhow.

I had my best comics sales for a long time, much better than Leeds last year or the London Small Press Expo, so I am very happy and encouraged. Thanks everyone who came along and the organizers! I would definately go again next year if they have another one.

Here's a good bunch of photos of the event. These are from quite late on as you can tell by my eyes which were constantly closing.
Posted by rob jackson at 01:40 No comments: 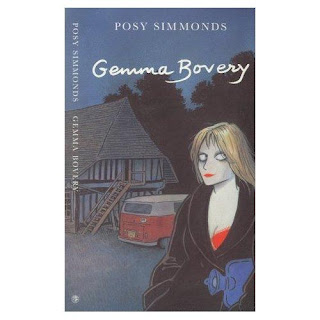 I got this out from the library and read it last night. It's great, really smart and really funny. I'm not sure why I have never read it before, I'm sure I meant too. Anyhow I'm going to get the Tamara Drewe from the library next as soon as they have it in. Her drawings of people are brilliant.

Posy Simmonds books were some of the first comics I read come to think of it. My mum and dad had some of her Guardian collected books on their shelves, and also her 'True Love' book.
Posted by rob jackson at 00:25 No comments: