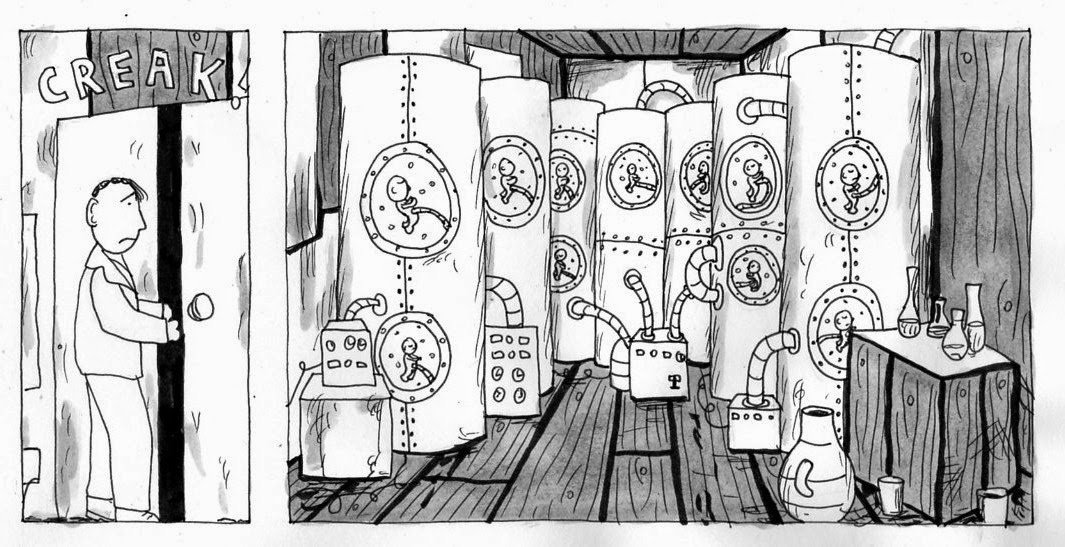 Here's a row of panels from part six of 'Corporation Pop'. I've finished part six now so I'll start part seven next week.
Posted by rob jackson at 03:45 No comments: 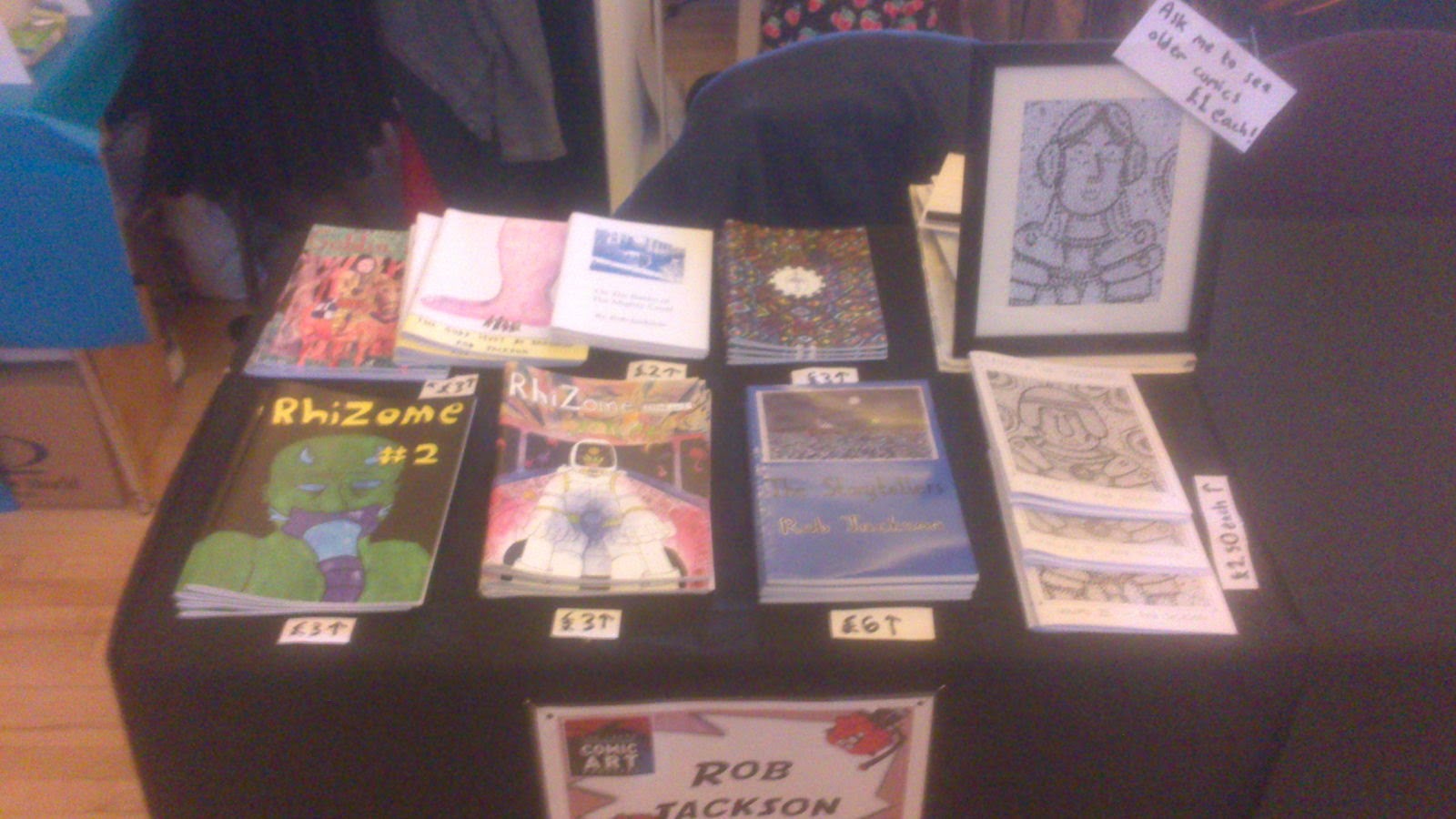 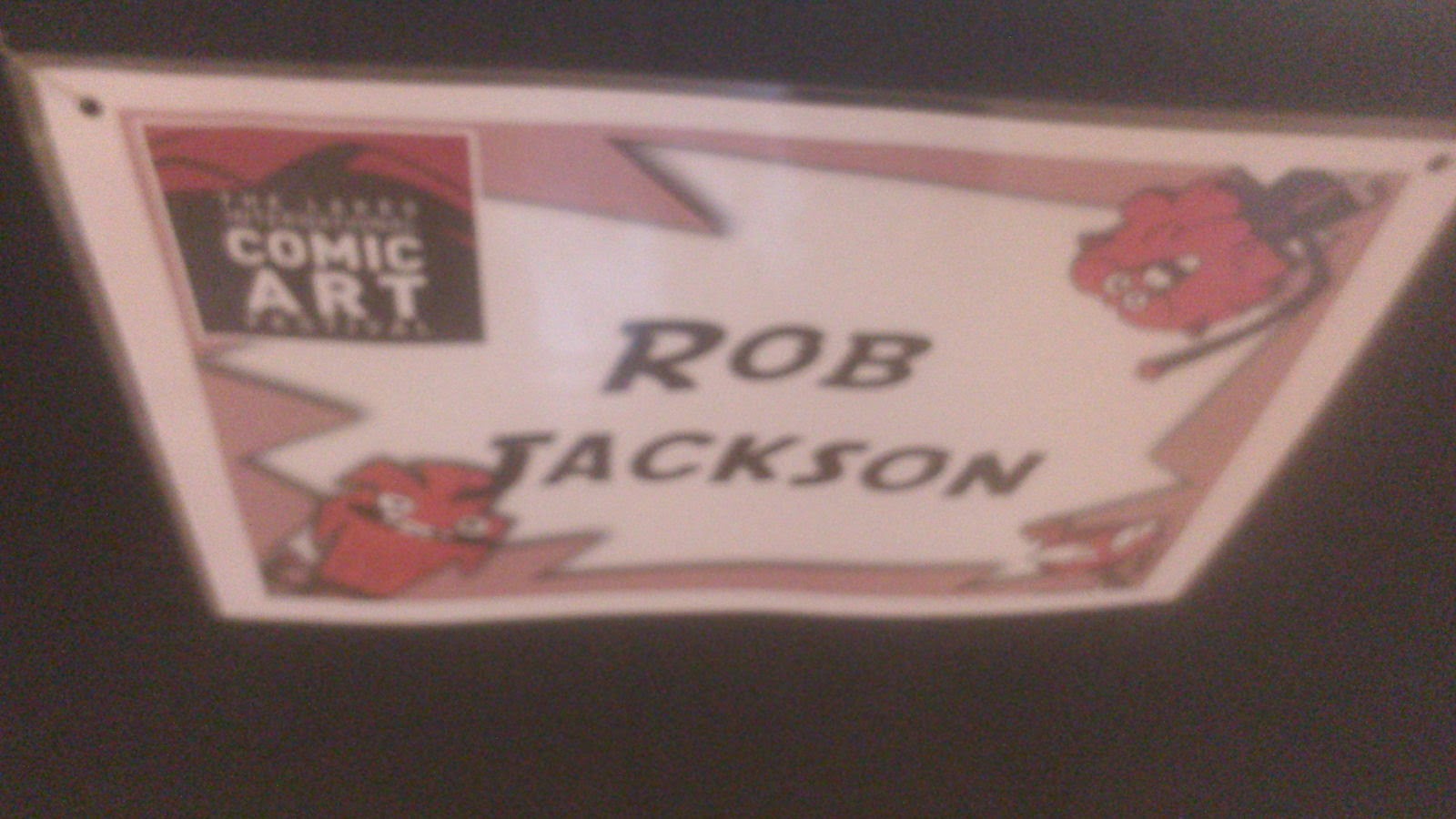 Here's my little report on the bits of the Lakes International Comics Art Festival that I saw...

It was my first time at the Lakes festival so I wasn't sure what it would be like. To save money I was commuting up each day, which was knackering, so I missed out on all the evening drinking. Next time I think I would try and stay on the Saturday night. I had a table in the Comics Clock Tower in the Town Hall.

The Saturday started very quiet, I sold a few in the afternoon but I became very worried. I haven't done a show for a while, and this is the only big one I'm doing this year so I was a bit panic-y. Luckily the Sunday was much better and I did well in the end. So that was a massive relief. The room was pretty busy all the time, but never impossible to move around which was good. I met a lot of great people and caught up with everyone I knew, it was easy to find people. I didn't buy many comics due to poverty but traded Lydia Wysocki's 'Pancho and Lefty' which looks cool.

The show was very well organised and run. All the exhibitors got free coffee, tea, biscuits and fruit which was really nice. It made a lot of difference and made the show feel a lot more friendly and inclusive, and not like we were second class to the guests, which sometimes bothers me. We also got really nice chocolate tarts in honour of the 24 hour drawing marathon.

I didn't manage to go to any of the talks as I was behind my table all the time, or go to the How Viz is Drawn exhibition which I had wanted to see, but I did make it to the two Oliver East exhibitions. 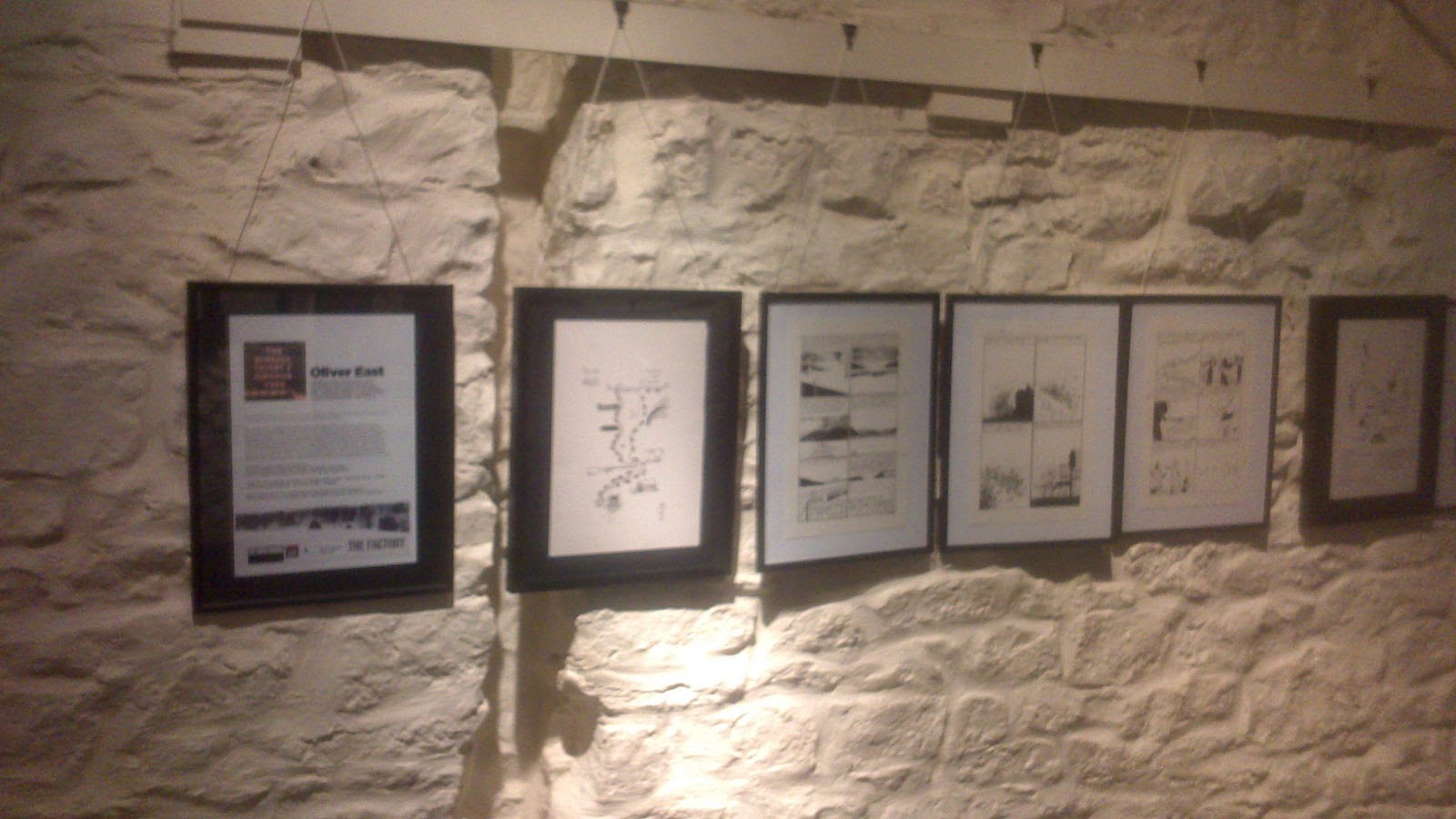 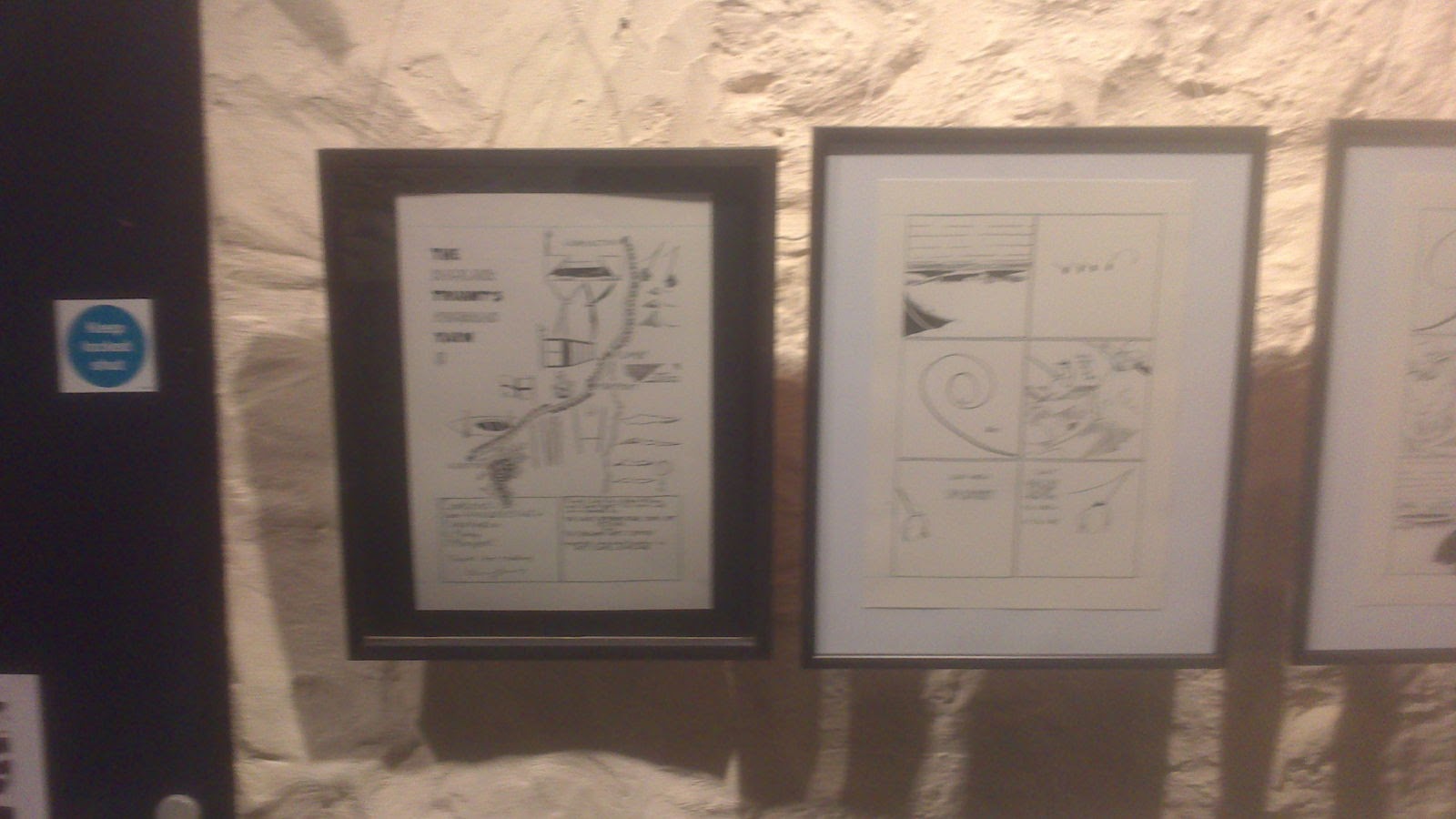 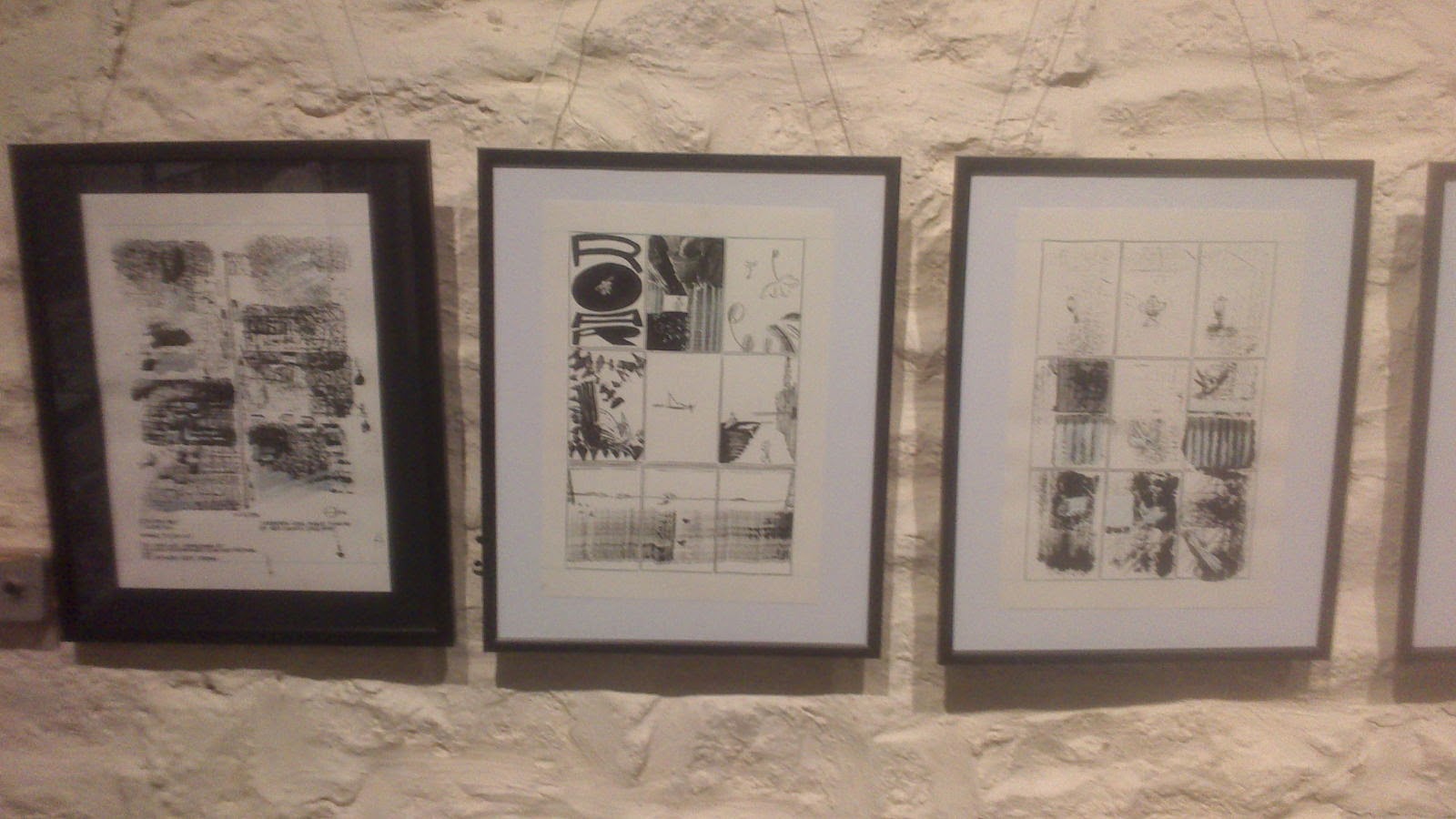 The first one was at the Brewery Arts building just down the road. It was pages from his 'Homesick Truant's Cumbrian Yarn' comics. The pages looked really good on the walls. Some had a really different looking sort of spray paint style for the greys. 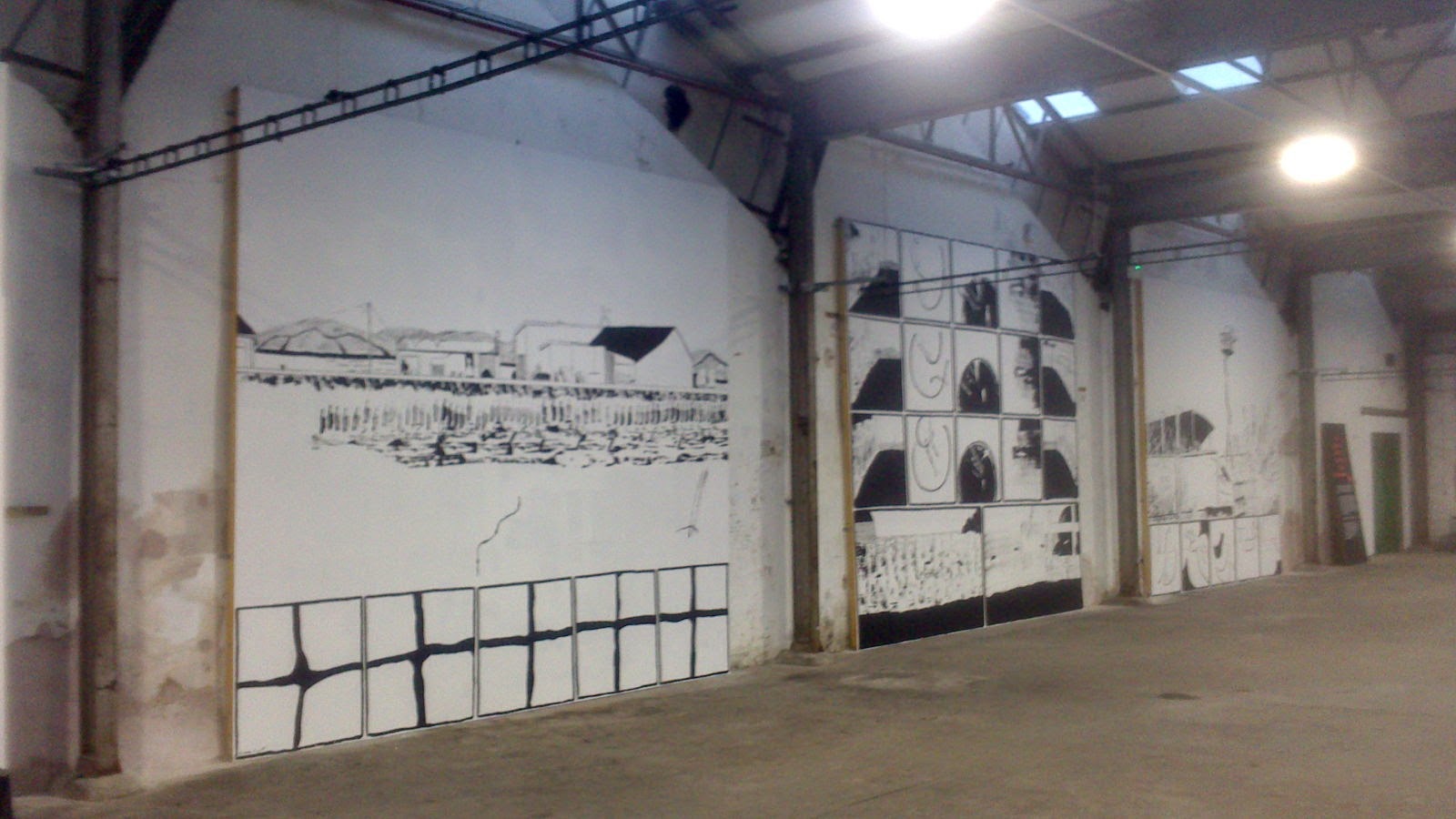 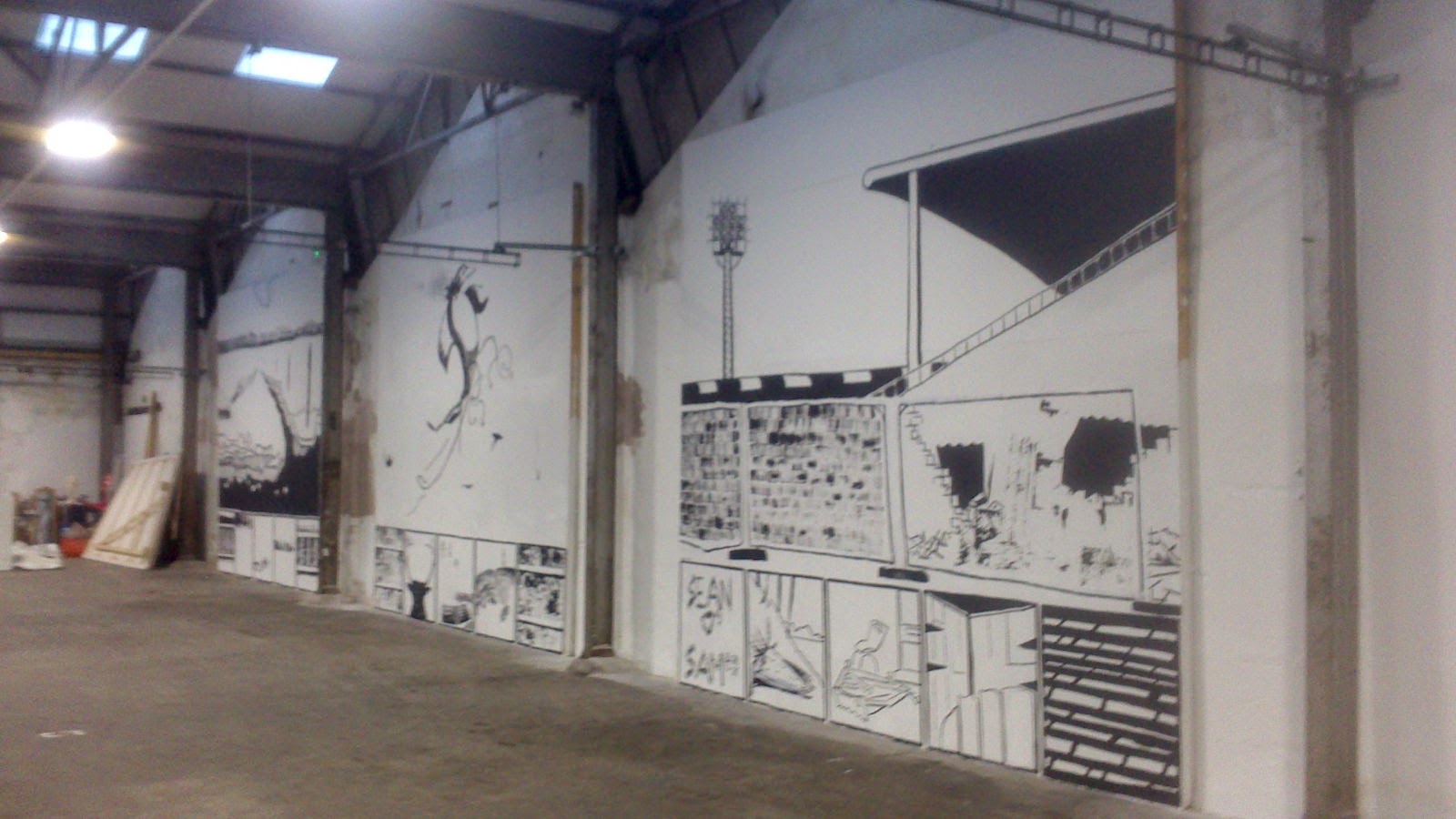 Also we went to his exhibition of huge paintings in The Factory just over the river. They were really great, and impressive. His drawing has changed a lot, especially the people, and they worked very well in black and white, and on the massive scale. They looked a lot of fun to have done. There was a lot of very interesting lines and textures.

I enjoyed the show in the end and would go back next year, if I can get a table. Hopefully it'll get a little busier for sales as it was a lot of fun. 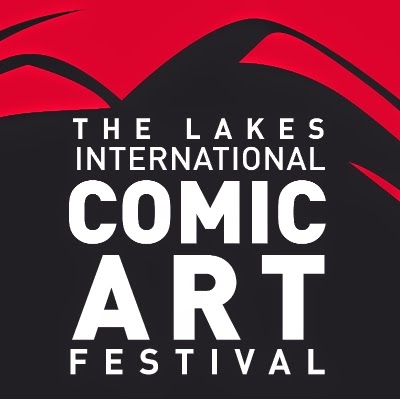 'Slaves of the Megapode' Reviews

Optical Sloth has reviewed the three issues of my 'Slaves of the Megapode' series. Here's part one, part two and part three. Thanks Kevin!
Posted by rob jackson at 01:40 No comments:

Labels: slaves of the megapode

Here's another big panel from 'Corporation Pop' Five. I'm drawing Part Six now and it's getting nearer the end.
Posted by rob jackson at 02:10 1 comment:

Here's a big long panel from 'Corporation Pop' Part Five. I'm on the last page of it now.
Posted by rob jackson at 01:43 2 comments: