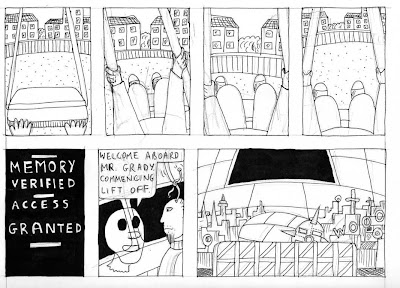 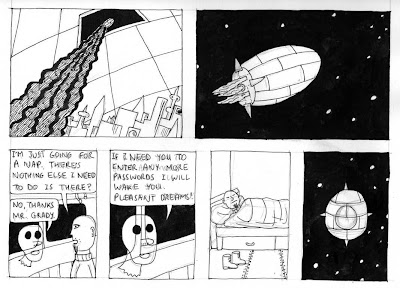 This is how the second page looks at the moment. I am happy with panel 8 with the spaceship taking off.
Posted by rob jackson at 06:37 No comments:

Rob Clough reviews 'Gin Palace 2' and 'Bastards 2' on The Comics Journal today.
Posted by rob jackson at 07:52 No comments: 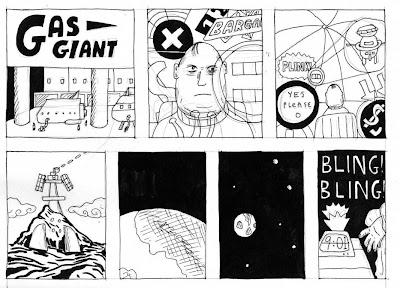 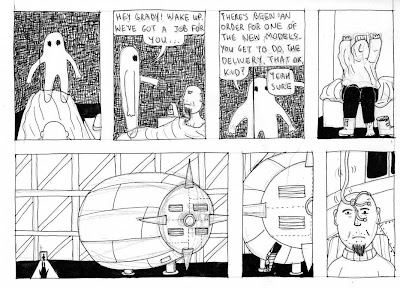 This is the first page of my new story set in space called 'Gas Giant'. It's going ok so far. Its not cleaned up or anything.
Posted by rob jackson at 04:25 No comments: 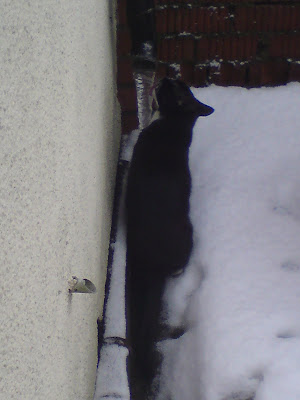 He's licking a giant icicle for a cool refreshing drink.
Posted by rob jackson at 01:47 No comments:

I am Eating Ice Cream in the snow 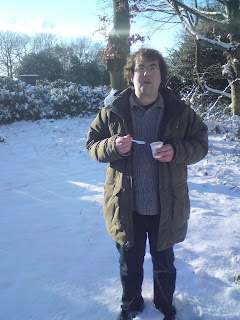 Here I am eating ice cream in the snow at Hoghton Tower Farmers Market on Sunday, trying to drum up trade. I am pulling a silly face as it's cold. Ice cream sales were low but we sold out of our lovely black peas, so that was good. No more markets now till the 15th of January so I feel more Christmassy.
Posted by rob jackson at 02:59 4 comments:

Here's a very nice review of 'Gin Palace 2' up today on Optical Sloth.
Posted by rob jackson at 00:57 No comments: 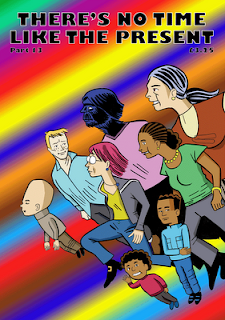 'There's No Time Like The Present' by Paul Rainey. Now this 13 part series is finished I am definately putting it on my best comics of the year list. It's great. 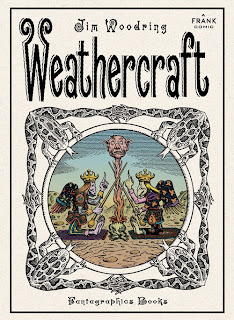 'Weathercraft' by Jim Woodring. really enjoyed this. I bought it at TCAF and then got to hear him talk all about it, which added a lot to the enjoyment. 'AX' was a really good anthology of manga. Some I really liked, some didn't do anything for me, but it was all very interesting and made me want to go and draw more comics. 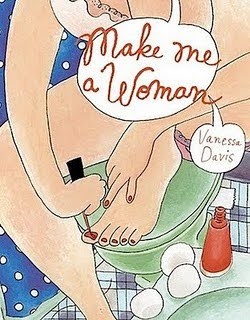 'Make Me a Woman' by Vanessa Davis was my favourite autobiographical comic book of the year. 'Driven by Lemons' by Josh Cotter. This came out last year but I read it on New Years Eve so I'm putting it on this years list. So there.

My favourite film of the year was Robert Rodriguez's 'Machete'. I loved that film, it was like it was made specially for me...
Posted by rob jackson at 03:02 3 comments: 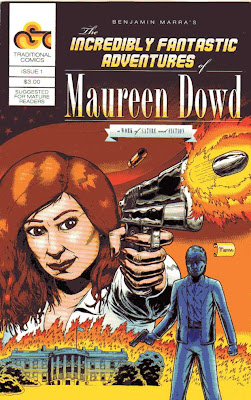 This is the brilliant new comic from Benjamin Marra. I didn't know who Maureen Dowd was but apparently she works for the New York Times as a columnist. It didn't matter with the story, it was still very funny. 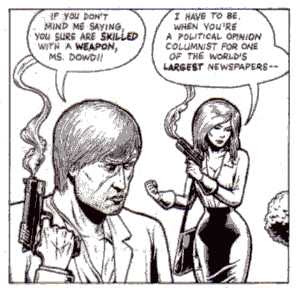 Maureen has to fight off assassins sent by the evil Dick Cheney and try and get her column finished for the next issue of the newspaper, while trying to be on time for her date with George Clooney. Her editor keeps phoning her up and shouting 'Where's that damn column? Wait a minute, Maureen, is that gunshots I can hear in the background, AGAIN?' It is awesome. The author photo and biography on the inside back cover are the best yet, but I'm not going to show it here, you will have to buy a copy from Benjamin Marra's website. Highly recommended.
Posted by rob jackson at 03:31 No comments: 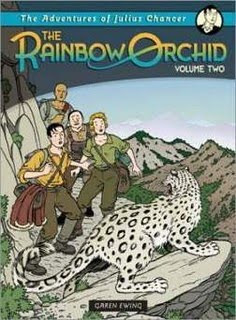 This was very enjoyable. I was going to buy it at Leeds but was too poor so I got a cheap copy off Amazon. Garen draws the action and excitement really well, with very cleverly set up fight scenes. It's all going to finish in the next episode so I'm looking forward to that. I think it will work really well read through all at once, just like a Tintin book. Here's a good review of it from Paul Rainey's excellent new review site Comics on the Ration.
Posted by rob jackson at 02:36 No comments:

The first proper issue of 'Comical Animal' is out today. It's very good and there are loads of cartoons! Why not go and have a look at it. I've done a story for it called 'Pandas at Work'.
Posted by rob jackson at 02:19 No comments: