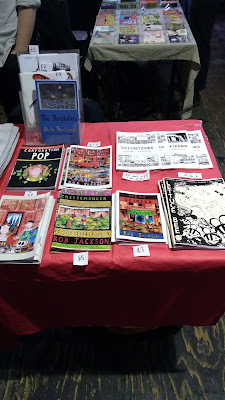 On Saturday I had half a table at the Ghost Comics Festival in Glasgow. I'd never been to a comics show in Scotland before. It went well in the end. It was a good show and well organised. It was more like the zine fairs I've been to than I was expecting, with a lot of zines and prints, but with a very international crowd of exhibitors, Kus had a stall and Stripburger and there lots of other exhibitors from Europe. I should have took more of my zine like comics along, and a few less big books. I didn't sell anything till half two so I was getting worried but then it was busy for the rest of the day so I was happy by the end. This was the first show for many years where I didn't really know anyone there so that was a bit odd. I missed having someone to moan to when I was feeling worried early on. It was good to be selling comics to new people though instead of getting a bit lazy and just having a nice chat, though its always fun to catch up with people. I did some trades with the other exhibitors and got some good stuff that I will read once I recover.

I was feeling pretty rough all weekend as I had caught a nasty cold the week before, so I was very snuffly and a bit groggy all day, but I was alright once I got some sales in and starting talking. I sold all my contributor copies of Simon Moreton's 'Lettuce Bee' zine which was good. My best seller was the 'Ragnar the Cheesemonger' comic. It was three hours each way on the train so that was a long day, it would have been easy but there were loads of train cancellations and delays due to flooding, which made it a bit worrying. Thanks everyone who had a look at my stuff!
Posted by rob jackson at 03:19 No comments: 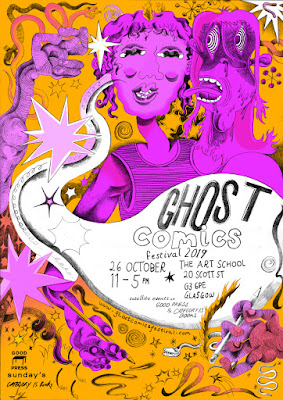 I'll be at the Ghost Comics Festival in Glasgow on Saturday 26th October. It will be my last show of the year. It looks a really good show so please come along if you live nearby. I'll have all my latest comics such as 'Meat Grinder', 'Merchants' and 'Volunteers' and some copies of Simon Moreton's 'Lettuce Bee' zine for sale as well. Please let me know if you'd like anything specific from my back catalogue and I'll bring a copy or two along. I'll be a little late so will be getting there at half eleven. Thanks!
Posted by rob jackson at 00:25 No comments:

Front and Back Covers of 'The Woodsman' 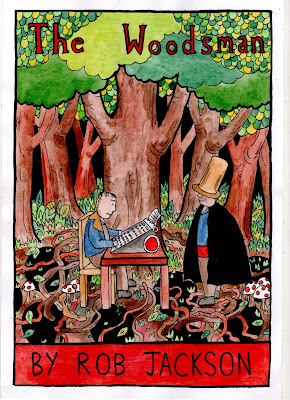 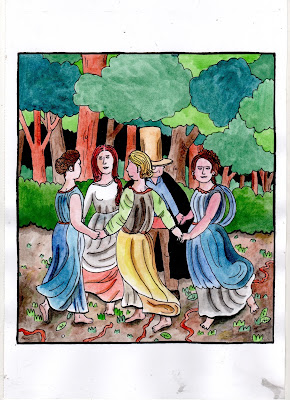 Here's the front and back covers of 'The Woodsman' before I clean them up. I've not started the editing yet. I think this comic will be out next year, early on. I've started drawing a new story as well, but only slowly.
Posted by rob jackson at 01:27 No comments:

Here's this weeks two rows of panels from 'The Woodsman'. The comic is finished now, its eighty eight pages long. I'm going to leave it a month and then try and edit it. I might do the covers this week...
Posted by rob jackson at 00:41 No comments: