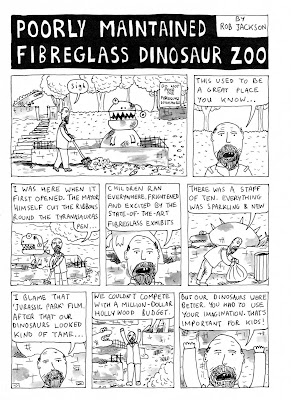 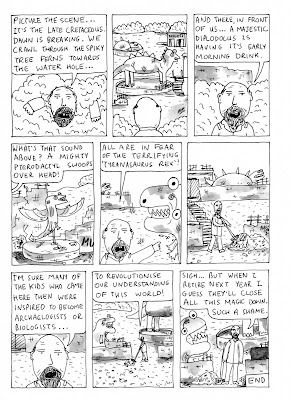 Here's the two page story I did for the Uk Web & Comix Thing Anthology. It doesn't quite work, I think, never mind. The dinosaur topic made it very tricky but I remembered a crappy and ruined dinosaur zoo I saw once in Arnhem and made up a story about that.
Posted by rob jackson at 02:25 2 comments:

Here's the first review of 'Gin Palace' from Optical Sloth.
Posted by rob jackson at 03:47 No comments:

Stuff I Bought at the Uk Web Comix Thing and Schmurgencon 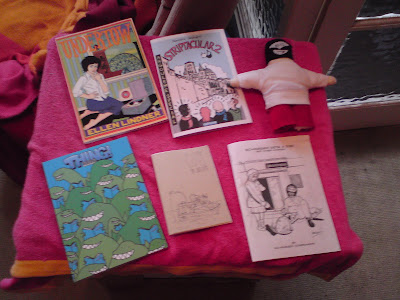 Here's the stuff I bought or traded at the events, I would have liked to have bought more but I am a bit skint. There's Ellen Lindner's 'Undertow' which I have wanted for a while, I've not read it yet. Francesca Cassavetti's excellent 'Striptacular 2' about the BASTARDS trip to Angouleme. A cool Schmurgen doll (with removable pants). The UK Web & Comix Thing anthology (very nice). Joe List's really funny new minicomic 'Guts'. And Schmurgen Jonerhaffs great new comic 'Schmurgen Gets A Job'. There was lots of other great stuff on sale too!
Posted by rob jackson at 03:36 No comments: 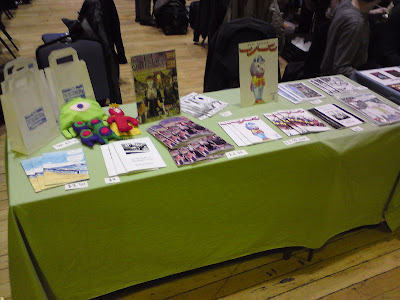 I had a great time at these two events on Saturday. Here is the obligatory photo of all my stuff set up. I had stolen the idea of making little cardboard standy up things from Dave Hughes.

I had a really good day and managed to sell £40 of comics which paid for my table, so thats excellent! It is very encouraging for the future. There were lots of early sales which put me in a good mood straight away and by half past ten I had already sold as many comics as in 2009. Thanks everyone who bought something or came to talk to me!

After the thing finished I went to Schmurgencon 4 and watched the excellent Schmurgen awards while eating a cheeseburger. These are sure to become the new benchmark of UK Comics awards. I tried to take some photos but my phone wasn't working in the dark, here's a proud Paul Rainey with his award from his blog.
Posted by rob jackson at 03:26 2 comments:

It's only a few days now till the Uk Web and Mini Comix Thing on Saturday the 27th of March. I will be at table 46 selling the brand new and awesome 'Gin Palace' and both issues of 'Great Deeds Against the Dead', also my many slightly older comics and my new range of stuffed 'Bog Wizards' toys. If you are in London why not come along and say hello (and buy something).

Then I will be straight off to Schmurgencon 4 at the pub for more comics, and beer. Why not come to that too?

Here's a few panels from page nineteen of 'Goblin Hall'. I'm going to finish the whole story before I publish it in a long comic, with 'Peas to Andromeda' as a back-up story probably.
Posted by rob jackson at 05:37 No comments:

Today I took some 'Gin Palace' to Good Grief and Travelling Man in Manchester. Why not buy one if you are passing?

thank yew
Posted by rob jackson at 07:44 No comments:

Labels: comics for sale comic shops, the price of stamps 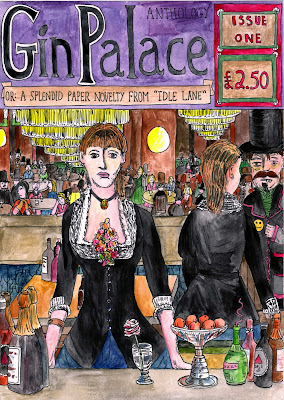 'Gin Palace' has arrived now! It looks great! I've put it on sale at my website shop if anyone wants to buy it with paypal. It's 40 pages with colour covers, priced £2.50 (free postage)

I'll be selling it at the Uk Web & Mini Comix Thing at the end of the month. I'll send out the contributors copies in the morning...
Posted by rob jackson at 07:17 No comments:

Labels: anthology, gin palace, on sale in my shop 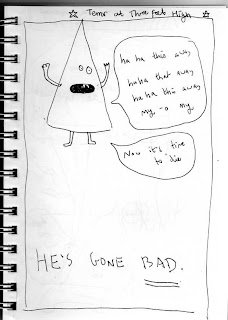 I thought of doing a Wizbit / Bog Wizards cross-over event. But then I thought, why would I want to do that?
Posted by rob jackson at 06:01 No comments: 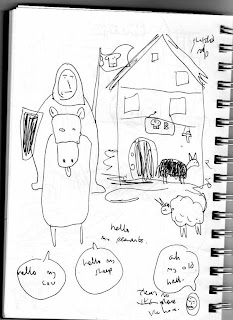 My sketchbook is nearly full. Here's a bunch of pages from it. It's the knight from 'Goblin Hall' 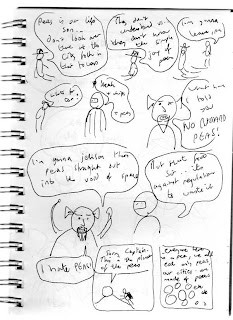 This is a rough version of a page of 'Peas to Andromeda' I cut out in the end. 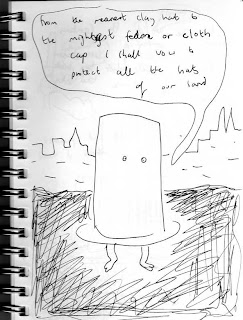 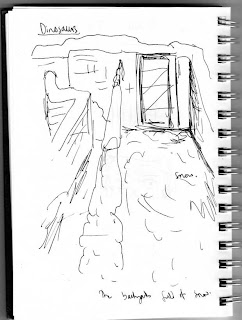 It was hard to think of what to draw for my Dinosaurs story for the UK Web Comix Thing so I just drew what was out my window... 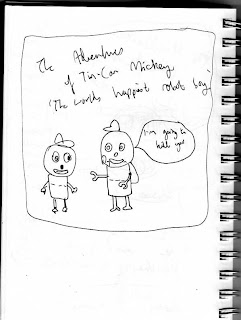 The original version of the evil robot story from the inside covers of 'Great Deeds Against the Dead 2'
Posted by rob jackson at 05:56 No comments:

My E Book of 'Great Deeds Against the Dead 1'

I got a message today saying my ebook of the first six pages of 'Great Deeds Against the Dead 1' has been read 10,000 times. Thats a lot isn't it! Don't know if I've had any sales from it, but it must be worth doing..

Here's a link to it in case you haven't seen it yet.
Posted by rob jackson at 02:30 No comments: 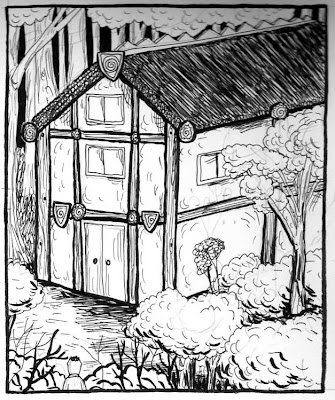 Here's a panel from 'Goblin Hall' as I've not posted anything for a while. It's going fairly well, I've got going again after I got stuck for a few days, and I am now on page 11. My food standards inspection got cancelled next week but has now been re-arranged for next Wednesday. I'll be glad when that is out of the way.
Posted by rob jackson at 04:18 No comments: 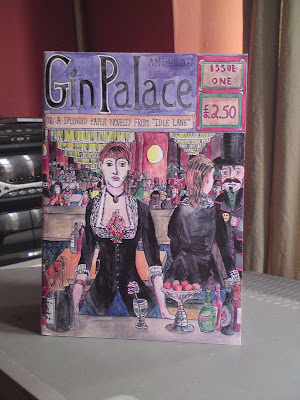 Look at that, the proof copy of 'Gin Palace' has come today. It's another world record in speed by Fallen Angel Media seeing as I posted it to them on Saturday morning.

It looks awesome, and all the insides have come out really well too. Hopefully I'll get the copies in a couple of weeks and then I'll post them out to the contributors and start selling them.
Posted by rob jackson at 03:06 2 comments: