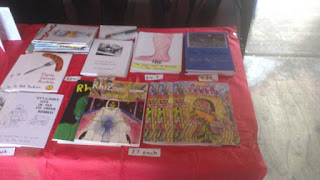 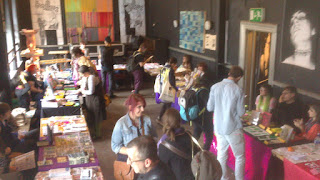 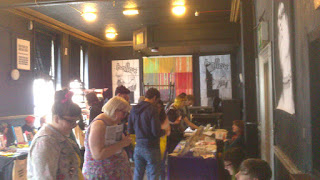 The first NWZinefest yesterday was pretty good. It was in the Star and Garter near Piccadilly, I'd never been there before but it was a good venue. There was plenty of room for the tables. The zine fest went through all the rooms of the pub, I was in the largest room, upstairs. The show went well, it was a bit quiet but there was never no-one there. The workshops looked good, they were very busy.

I sold a decent amount of comics and met a bunch of people so I was happy, it was worth doing. Did a couple of good trades too. I was glad to sell some of my new comics which came back from the printers yesterday. Normally if I have a new comic at a show it won't sell, and I'll sell lots of some older comic instead, but not this time. Thanks everyone who bought something! 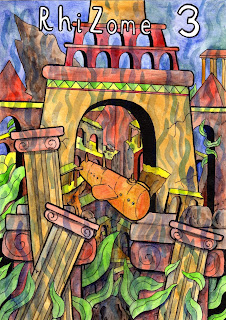 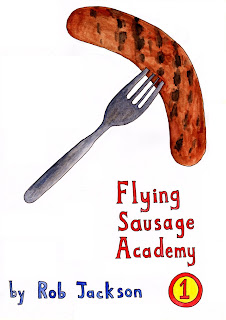 My two new comics have just arrived from the printers, they've come out very nicely. They are-

RhiZome 3 - a science fiction and fantasy anthology edited by me and Kyle Baddeley-Read. 28 pages, halfway between A4 and A5 in size, black and white with colour covers. Includes stories by me, Kyle, William Cardini and Nick Soucek. Priced at £4 with free postage in the UK (rest of the world please add £2). The RhiZome tumblr is here for more information. It's on sale at my website and at my Comicsy page.
There are no continuing stories in RhiZome 3, so don't worry if you don't have the first two issues.

Flying Sausage Academy - is the first issue of my new school set comedy story. 24 pages, black and white with colour covers, A5 sized. Priced at £3 with free postage in the UK (rest of the world please add £2). It's on sale at my website and at my Comicsy page too.
Here's the first two pages so you can have a look. 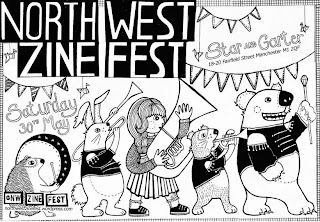 I'll be at the NWZine Fest on Saturday with my two new comics 'Flying Sausage Academy' and 'RhiZome 3'; and a load of my older comics too. Why not come along? Here's their website and facebook page for information.

I'll get the two new comics for sale on my website on Friday as soon as they come back from the printers...   it's ages since I had a new comic out.
Posted by rob jackson at 06:30 2 comments: 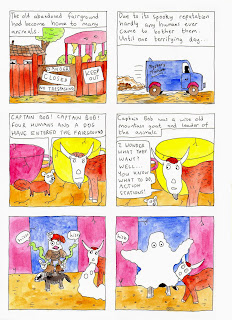 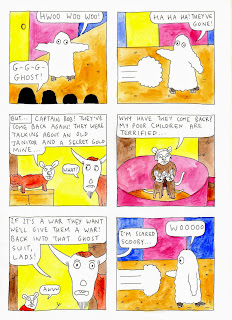 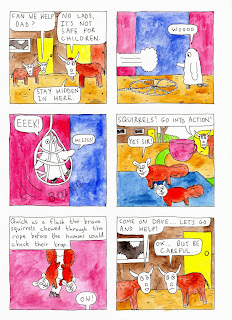 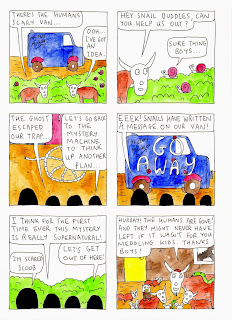 Here's another Comical Animal story that I drew for the Scoobly Doo special edition. 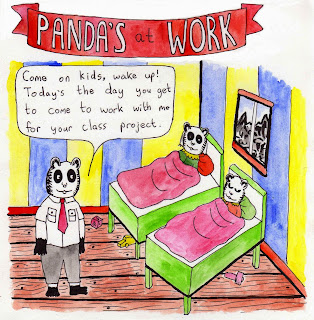 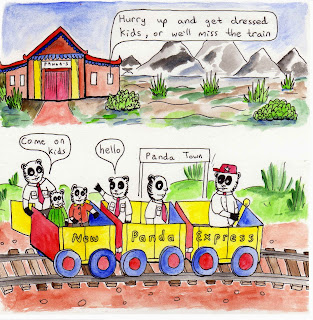 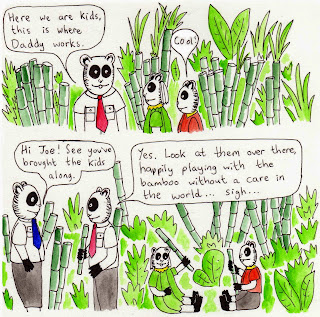 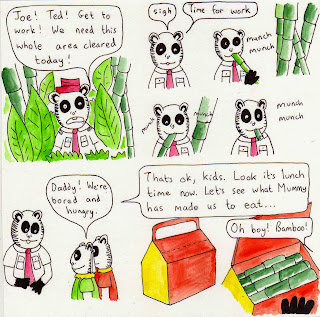 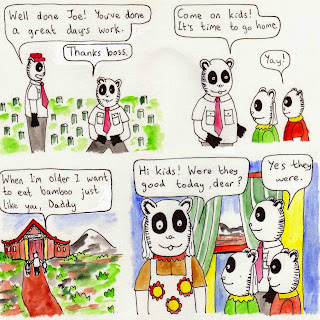 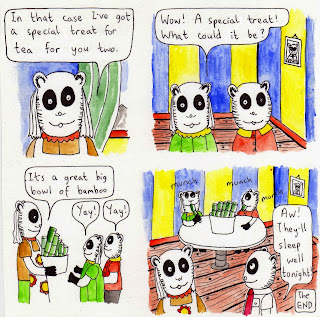 Here's 'Pandas at Work', another of my stories for the Comical Animal online comic.
Posted by rob jackson at 01:25 No comments: 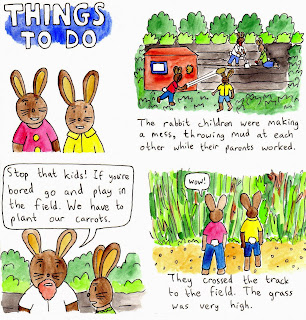 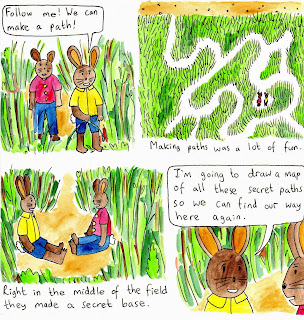 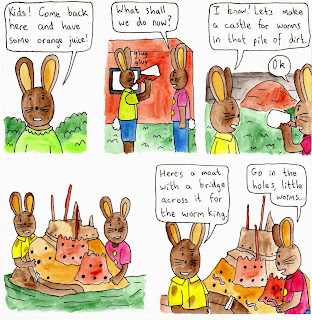 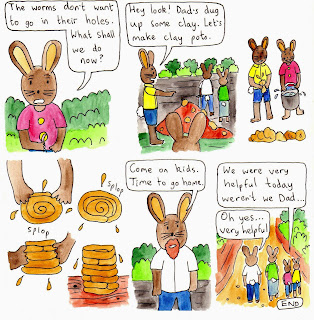 Here's 'Things to Do', another story I drew for Jim Medway's 'Comical Animal'. Click on the pictures to see them bigger. 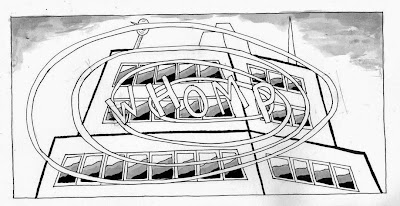 I've been working on my book 'Corporation Pop' for a while now, and now its finally finished. I cut about twelve pages out, then I drew a proper ending of six pages. Here's a panel from the very last page.

I'm going to go through it all again and do some more editing and some more re-drawing of panels. I'm planning on sending it off to print in July. I'll have to do a front and back cover too...
Posted by rob jackson at 07:45 No comments: 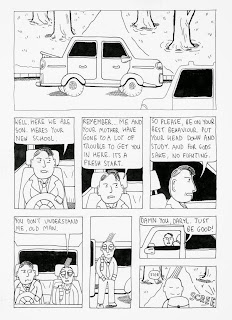 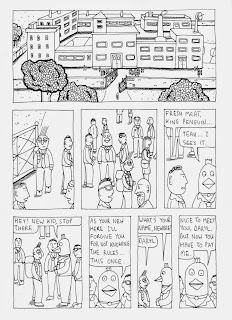 I've just had the proof copy back for 'Flying Sausage Academy' and it's come out very well. Won't be long now. Here's the first two pages to have a look at.