The artist Shonagh Short has created a new artwork for Fact Liverpool. It's called 'Pests' and is part of their Living Planet series of artworks. It's a choose your own adventure style art computer game and I've done the drawings for the backgrounds of the game. It is really cool. You can play it online here. Here's a few of the drawings for the game. It was a lot of fun to do these drawings. 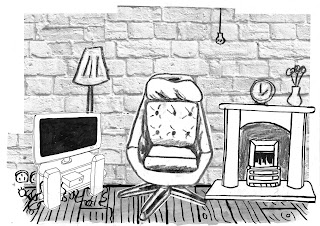 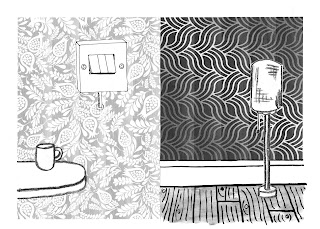 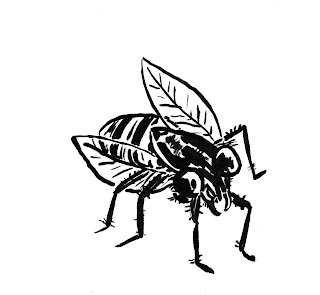 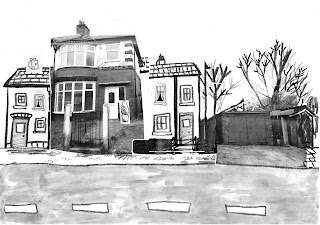 My new comic 'Trashcan Private Eye' is just back from the printers and is now on sale. 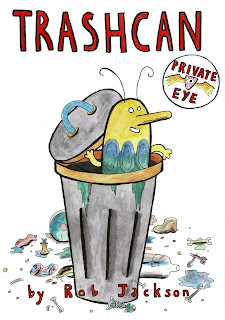 It is an A5 minicomic, black and white with colour covers, 36 pages. It tells the story of a singing private eye creature who lives in a bin and takes on a new and exciting case. £4 with free postage in the UK.


Or at my comics shop on the blog. For rest of the world please add £3 postage to your order with the button at the top of the shop.

Here's the first two pages so you can have a look. Thanks! 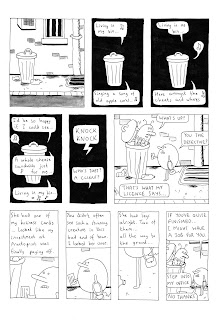 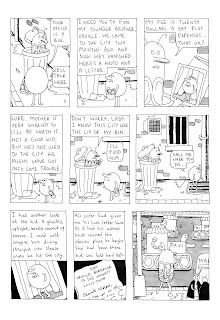 Review of 'The Woodsman'

Rob Clough has written a review of my last comic 'The Woodsman'. It's up on his patreon site here but I'll paste it in below in case people aren't a patron. (I asked and he said that was ok). Please sign up to Rob Clough's Patreon if you can for lots more exclusive reviews, lots of interesting stuff on there! Thanks Rob!

For over fifteen years, the UK's Rob Jackson has been delivering a dizzying array of bizarre and hilarious comics that skirt the line between genres like horror and fantasy with the most mundane of elements. His simple but grotesque art is easy to parse, because he goes to great lengths to make his layouts clear. No matter how silly the premise of his strip, Jackson always follows it to its logical end and beyond.

The Woodsman is particularly demented, as it follows a wunderkind novelist named Bill Greasom who is desperately trying to write his second novel. He travels to a cabin in a remote location, but he still struggles to come up with any ideas. When he meets a bizarre "woodsman," he's offered a chance to write something specifically for him, as it might help his writer's block. After the woodsman offers him a mushroom dish and moonshine, Greasom blacks out and wakes up with the inspiration to write and finish his new novel.

Obviously, this was going to be some kind of deal with the devil, right? Well, it did turn out to be a horror story, only it hinged on the most ridiculous detail possible. The Woodsman claimed that he liked very specific kinds of stories, and it turned out that he made a string of famous novelists write him porn. "The Old Man And The Sex Party" by "E.H.", "Catcher In Her Pants" by "J.S.", etc. Greasom discovered this and was horrified that he had been used in this way, and tried to find ways to get out from under his deal.

The rest of the comic explores a series of horrific scenarios where Bill tries to escape, recruits other writers to work against the Woodsman, and repeatedly finds himself back at the cabin. The caped Woodsman, wearing a stovepipe hat, cuts a ridiculous figure until the moments where Jackson unleashes completely unexpected horror.

That's the secret to Jackson's success. He has such a firm understanding and appreciation of genre comics that the backbone of his stories is always cleverly ensconced in those worlds. His art has such a gloriously shabby approach that the worlds his characters live in all seem vaguely but permanently soiled. His characters look like ordinary schlubs with bad posture and spotty skin. Whatever absurd element Jackson introduces into his narrative somehow always makes sense within the context of the plot and doesn't take the reader out of it. Indeed, his service to the plot of whatever he's writing is unshakable. However, his eccentricities as an artist and his willingness to tweak genre conventions make each new story a delightfully fresh and strange experience.

'The Woodsman' is on sale at my website shop here, thanks!

I got the proof copy of 'Trashcan Private Eye' back from the printers and it all looks fine. Now for the printing! 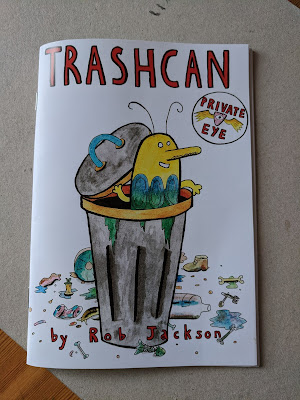 I've been on a little holiday, four nights in a caravan in Somerset. It was very nice. 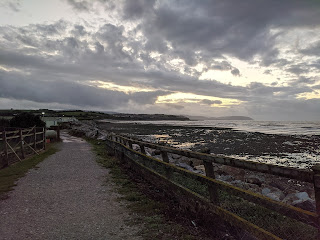 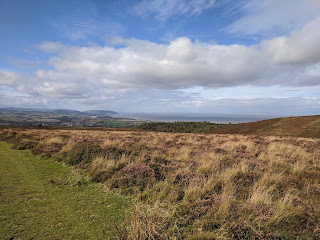 Now back to doing markets and drawing my Edie Blenkinsop story.

Here's todays row of panels from my comic in progress.