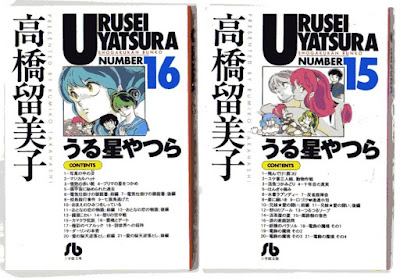 I haven't got any of the Urusei Yatsura books in Japanese so I picked up these two. I bought all my manga from Books Off in Akihabara. They were having a massive sale and I spent a long time going through the shelves.

I was thinking about Urusei Yatsura a lot on my holiday as we were in Nara for Setsubon. That's the day when children throw beans at Oni to drive them out, it's very familiar from the manga. 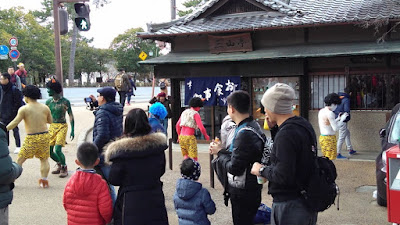 Here's some Oni in the Nara deer park. They must be cold. 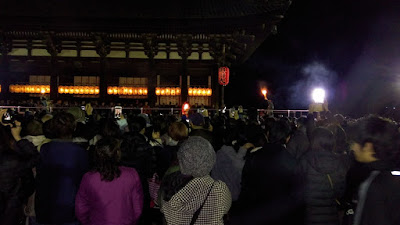 And here's some fancier Oni at the big celebration that night, running round on the stage in front of the temple with flaming torches. A hero came on after a bit and fought them until they surrendered.  Then local dignitaries threw packets of lucky sweets to the crowd.
Posted by rob jackson at 00:59