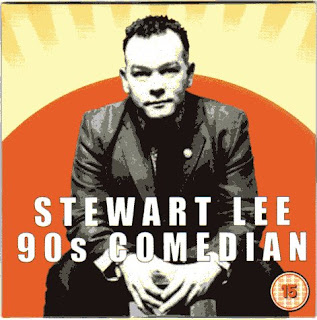 Stewart Lee - 90's Comedian is the funniest comedy DVD i've ever seen. Buy it and see why the phrase 'cats feet towel' makes me laugh to myself whenever I hear it.
Its got the best Joe Pasquale joke ever and loads of stuff about blasphemy that he wrote after the Jerry Springer the Opera business. Its too controversial to get a major release and so is released on Go Faster Stripe a very cool indie comedy DVD company. Have a look on their website, they are cheap too...
Posted by rob jackson at 04:43