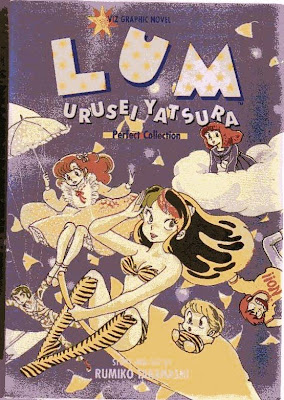 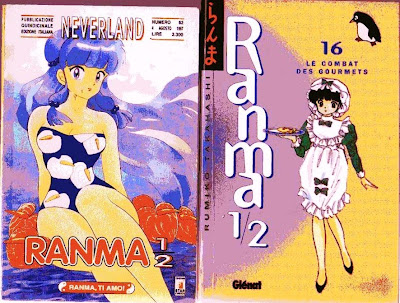 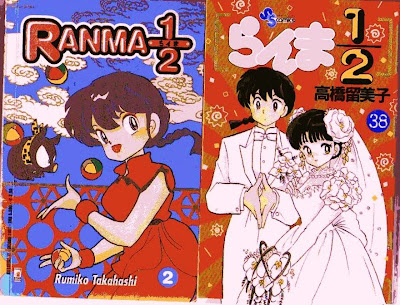 When I first got back into comics I was really into the work of Rumiko Takahashi. The two I liked were Urusei Yatsura and Ranma 1/2. Back in them days it was hard to find comics and you couldn't just buy everything you want over the internet with a click of a button. I've got all the Lum books that Viz brought out and all the Ranma's (there's no. 38 above, the final book). I like the Ranma's as i've got them in 5 different languages to finish the series, English, French, Italian, Spanish and Japanese. I don't know why I like them so much, I've never bothered following her newer series like Inu-Yasha. There's a sort of crazy madcap soap opera thing to them I find very appealing and nice. And they are just a little warped and strange so you don't get bored reading them. I also really like the Urusei Yatsura films, which are very funny and also weird. Did anyone see the two episodes of Urusei Yatsura that were on Channel 4 once a few years ago when they did a special Manga night, they were dubbed into English and most amusing. Lum's voice was done by Anna Friel.
Posted by rob jackson at 02:12