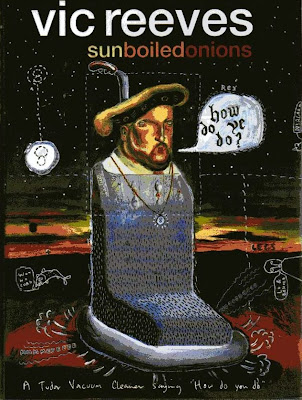 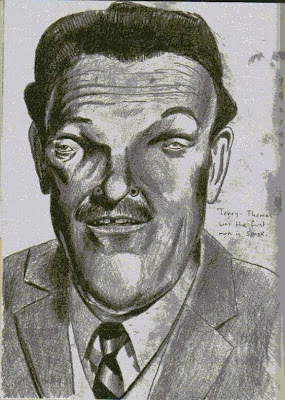 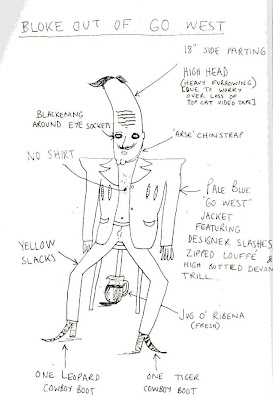 An occasional series of things that have influenced me, when I think of them.

Look at the drawings of Vic Reeves, aren't they great. the first two are pictures from his brilliant art book 'Sun-Boiled Onions' (highly recommended). The third is one of the drawings from an episode of The Smell of Reeves and Mortimer. I really like Vic's drawing, he always used them a lot in his shows, such as the products from the Reeves and Mortimer Factory, or the drawings on the paper bag head of 'The Man with The Stick'. He draws people with tiny far apart eyes, and funny nose nodules.
Posted by rob jackson at 11:34

I'd always said to Ant your drawing had a smart Vic Reeves edge to edge. I was looking at this book only the other day, some smart drawings in it, though some of them do give me nightmares.

thanks dave. thats a weird coincidence you were just looking at the book..
I'm feeling bit restless today as i'm not going to Bristol, i've been every year for the last six years or so so it seems strange not to be rushing about getting ready.